Riding the Highest Road in the World with ODYSSEY II Panniers 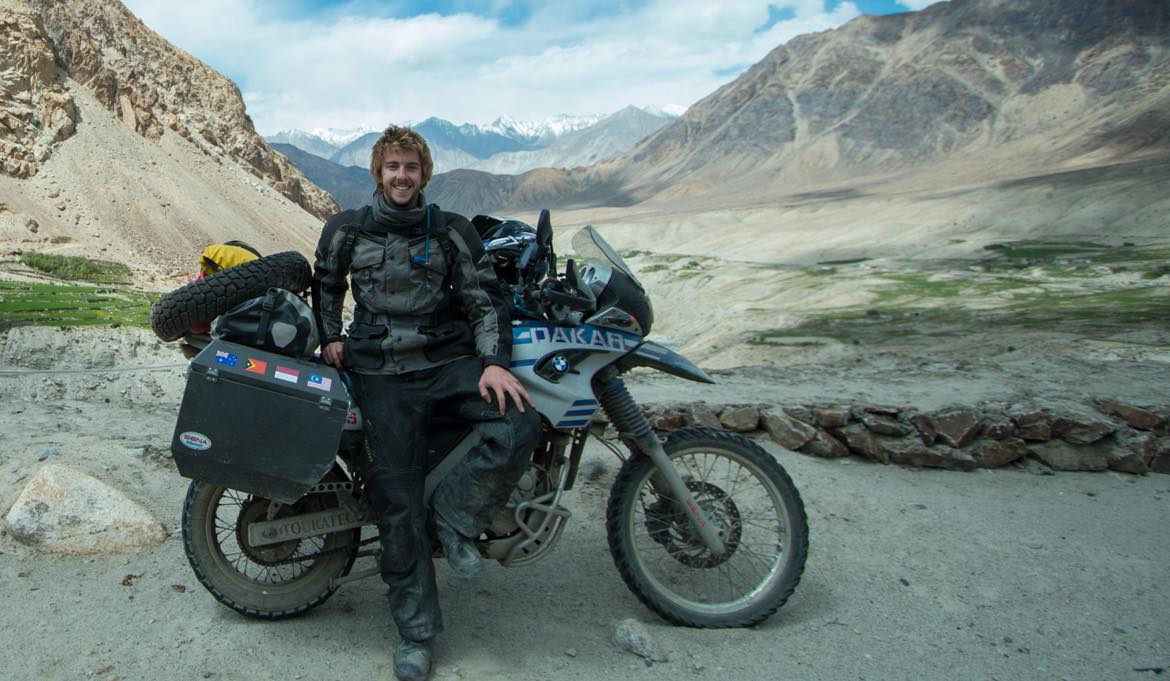 Riding a 2005 BMW F650GS Dakar fitted with ODYSSEY II panniers, Daniel Greening travelled more than 37,000 km from his native Australia to the UK during a 10-month journey.

Why did you choose Jesse Luggage?
“After carrying out much research, I read only good things about the durability, security and build quality of the Jesse Panniers. Although they one of the more expensive choices from a selection of panniers I was looking at, It was definitely the most worthwhile accessory purchase I made in preparation for my adventure.”

What are your riding ambitions for the future?
“Having now completed my 37,000km ride overland from Australia to London, I am planning on continuing my ride in the near future from London, either East toward Alaska or South through Africa toward Cape Town.”

What’s your favourite thing about your Jesse Luggage?
“Their security and durability. When travelling through foreign countries on a motorcycle, your entire life contents are located on that bike. There are too often occasions where you are forced to leave the bike out of your site, even if only for a few minutes. Being able to secure electronics, paperwork and valuables away in the panniers in a quick and efficient manner meant that I could happily go and explore sights on foot.”