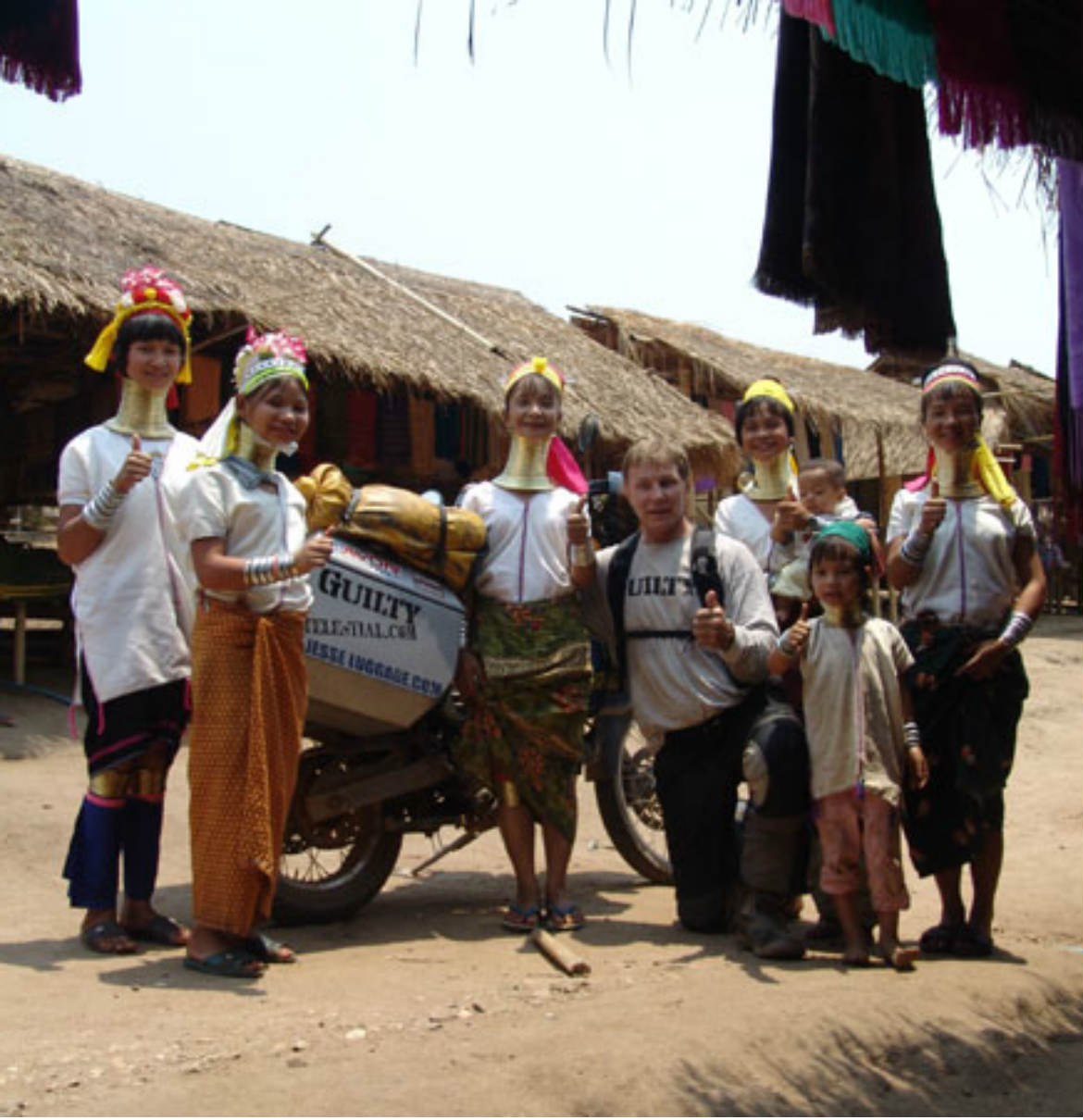 Glen has been using Jesse Bags since 2002 on seven different motorcycles.

When I asked Glen why he choose Jesse Luggage he said

I choose Jesse Luggage not only for the massive storage capabilities and high tech design but also for the phenomenal durability necessary to survive frequent mishaps. Riding the planet through 57 developing countries over extremely rugged terrain meant plenty of low speed crashing in mud, sand and snow, This often led to everything from my panniers getting torn off and support frames bent out of shape. However the high-quality metals used in constructing Jesse Luggage allows bags smashed into trapezoids to later be pounded back into rectangles. 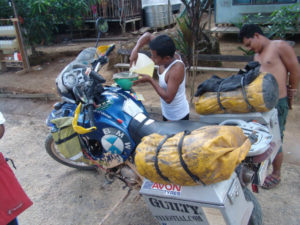 Above photo is a stop for gas in Bulik

If you haven’t had the opportunity to watch his adventure on the National Geographic Channel check it out.

Roaming the earth year after year means equipping for worst case scenarios that always seem to occur when least expected, hence from day one drifting into the unknown, outfitting with the best is a significant priority. From Siberia to Africa via the Middle East through earthquakes, civil wars, tsunamis, hurricanes, snow storms and blazing desert heat my Jesse Luggage functioned beyond expectations beyond the end of the journey. (And I should mention that for saving legs when sliding sideways down the asphalt these sturdy boxes function far better than crash bars.)
Glen Heggstad 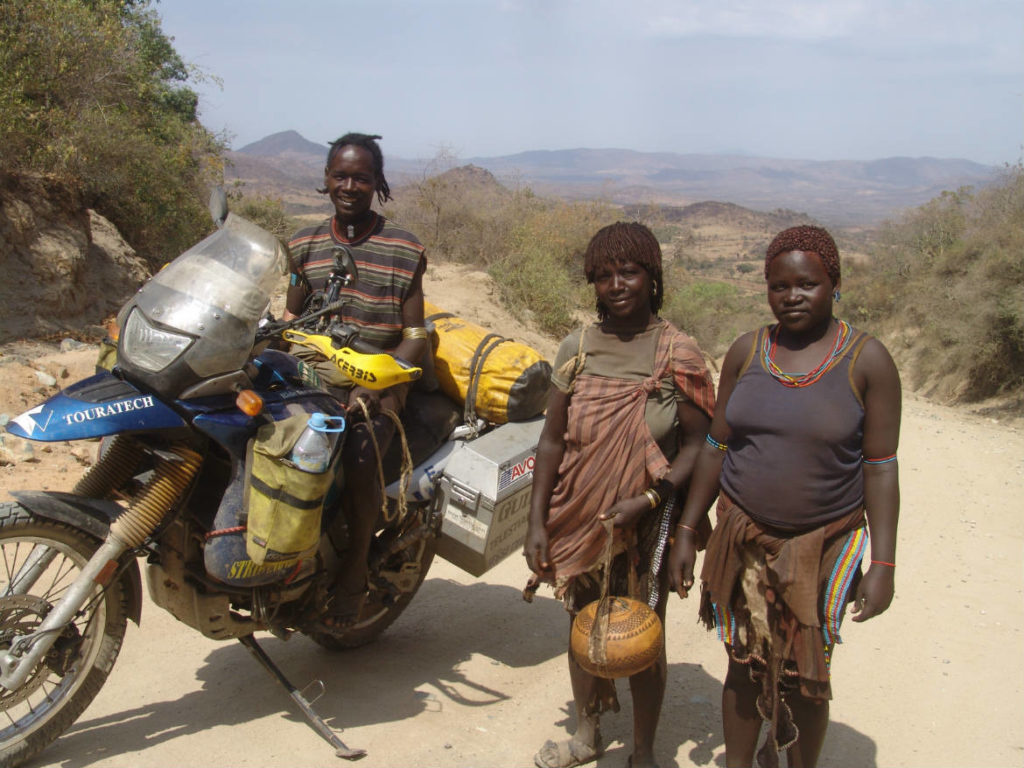 Learn more about Glen by clicking on his website below.