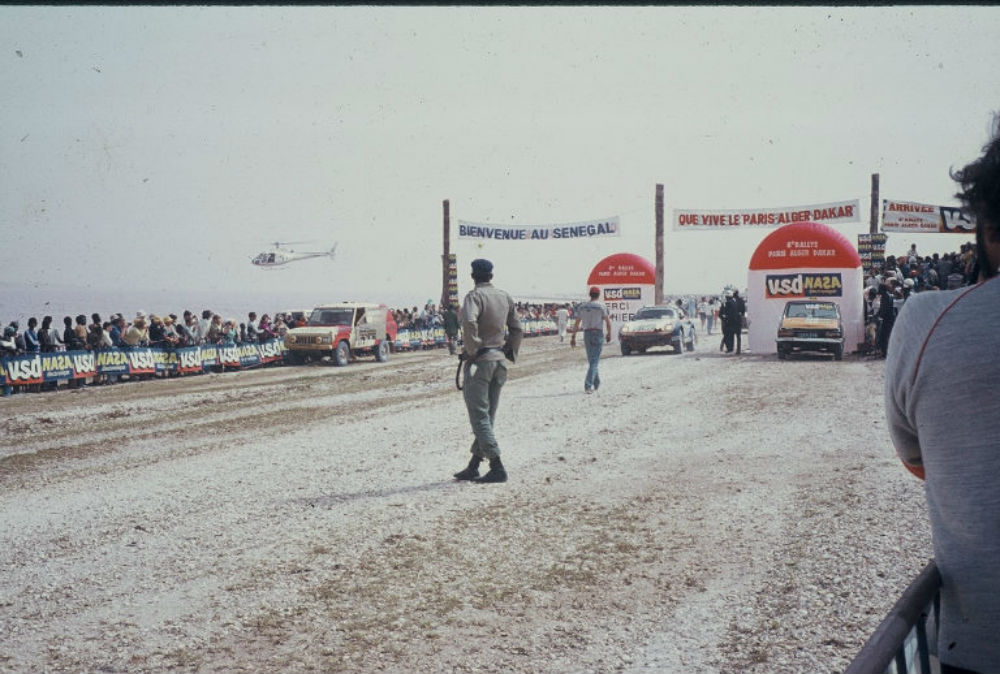 Did you know that the Paris-Dakar motocross race did not actually finish in Dakar, but in a small town just outside it named Lac Rose? And that in 1986, the first rider to cross the finish line was Al Jesse? 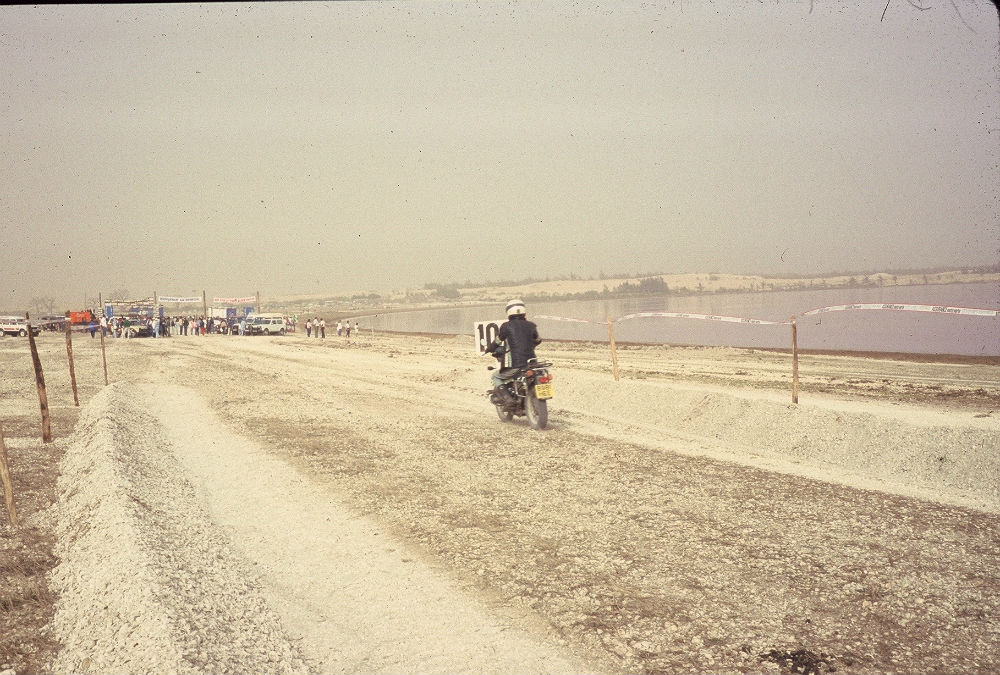 ‘I was traveling through Tunisia, Algeria, Niger and Mali and because it was around the time of the Dakar race, I thought it would be fun to see the finish. I rode to Senegal and just before reaching Dakar, I realized I was a little early – the press helicopter hadn’t shown up yet, which meant that the riders were still far away. But all the European press and photographers were already there, setting up, checking out angles for the best shots. And there I was, just riding around on my bike. I noticed a ‘800 meter’ sign, then 700, 600…and suddenly, everyone’s eyes were on me! The press were taking photographs, people started to cheer – it dawned on me that they thought I was the first Dakar rider to cross the finish line. And this is in the pre-digital era, so they must have gone through a lot of valuable film before they realized I wasn’t an actual Dakar rider’, – remembers Al. 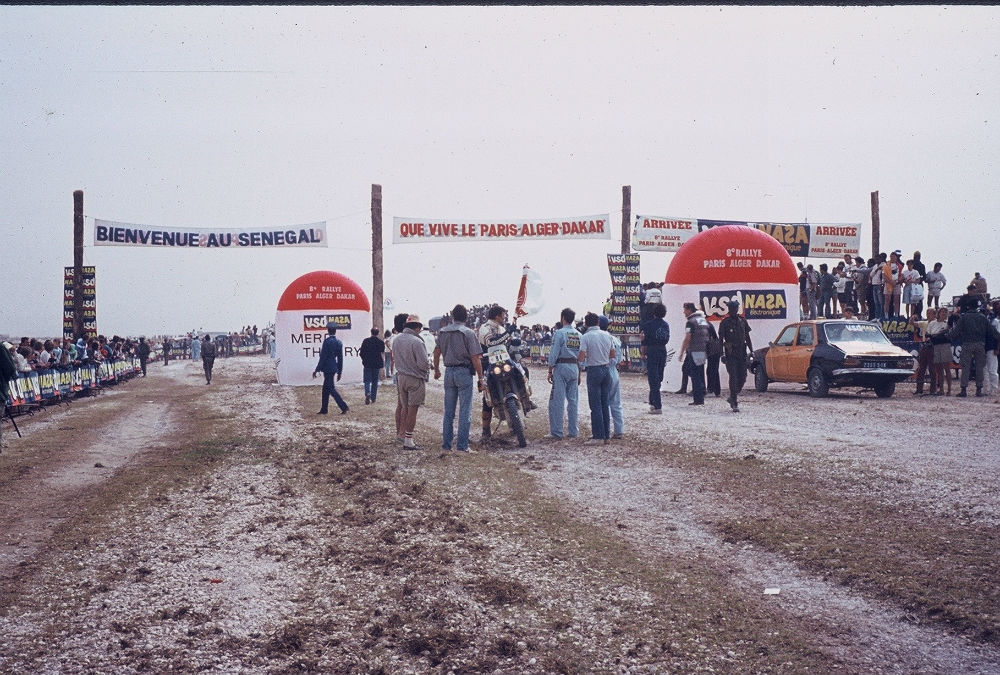 But the Dakar finish glory didn’t go to his head: Al continued exploring Africa on two wheels. Braving the sands of Sahara on his BMW R80ST, the only thing he wished he’d done better was packing: back then, there was no motorcycle-specific luggage available. So when Al got back to the States, he was on a mission to create bike-oriented, reliable luggage system that would allow him to continue his adventures round the world.

‘I had tested my water and fuel storage tanks in Italy: wine was cheaper than water there, so I filled one side with white wine and the other with red just to make sure. I’d also invented an oven to bake my dinner at campsites, and a blender that used the bike’s motor to turn the blades that created fruit smoothies for my breakfast. I just can’t help it – if there’s a problem, I will design a solution. And that’s exactly how Jesse Luggage Systems were born: out of experience, necessity, and a vision for adventure riding on a different level’, – explains Al. 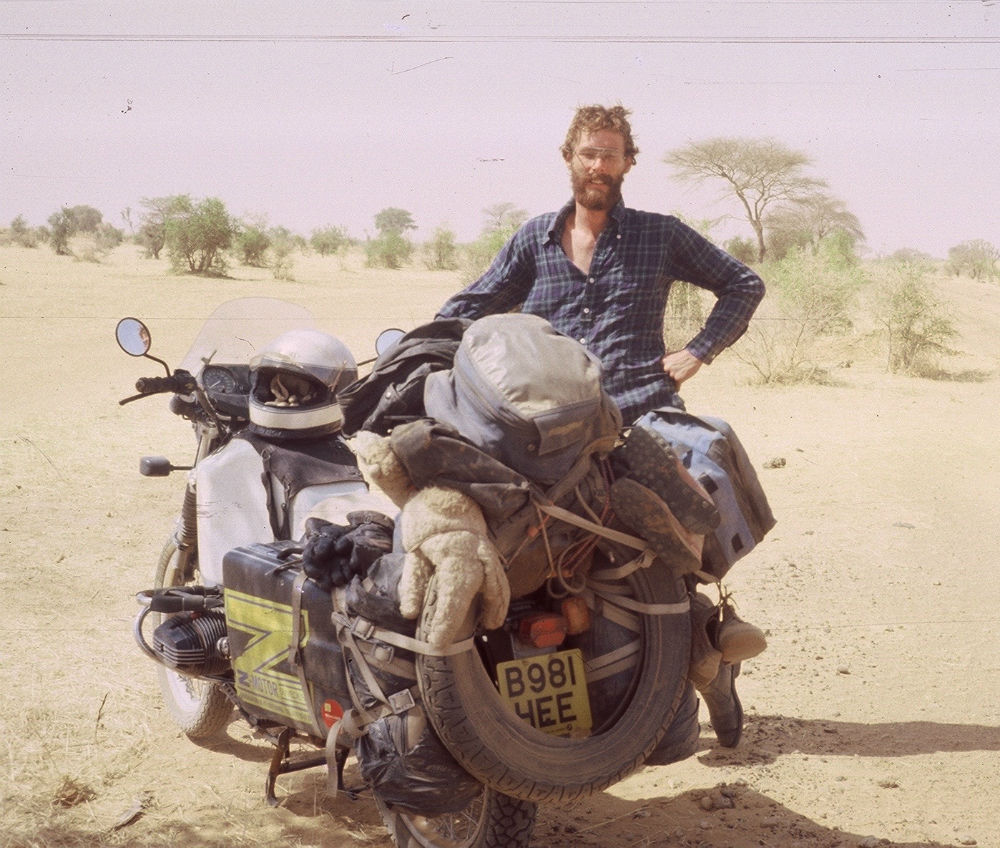 In the spring of 2017, Al Jesse begins a new chapter. He’s about to venture back out on the roads, but his passion, innovation and name will remain with Jesse Luggage Systems. However, it’s Sean Derivan who will be leading JLS into the next phase of excellence: under his watch, JLS will continue to strive for the perfect piece of luggage. 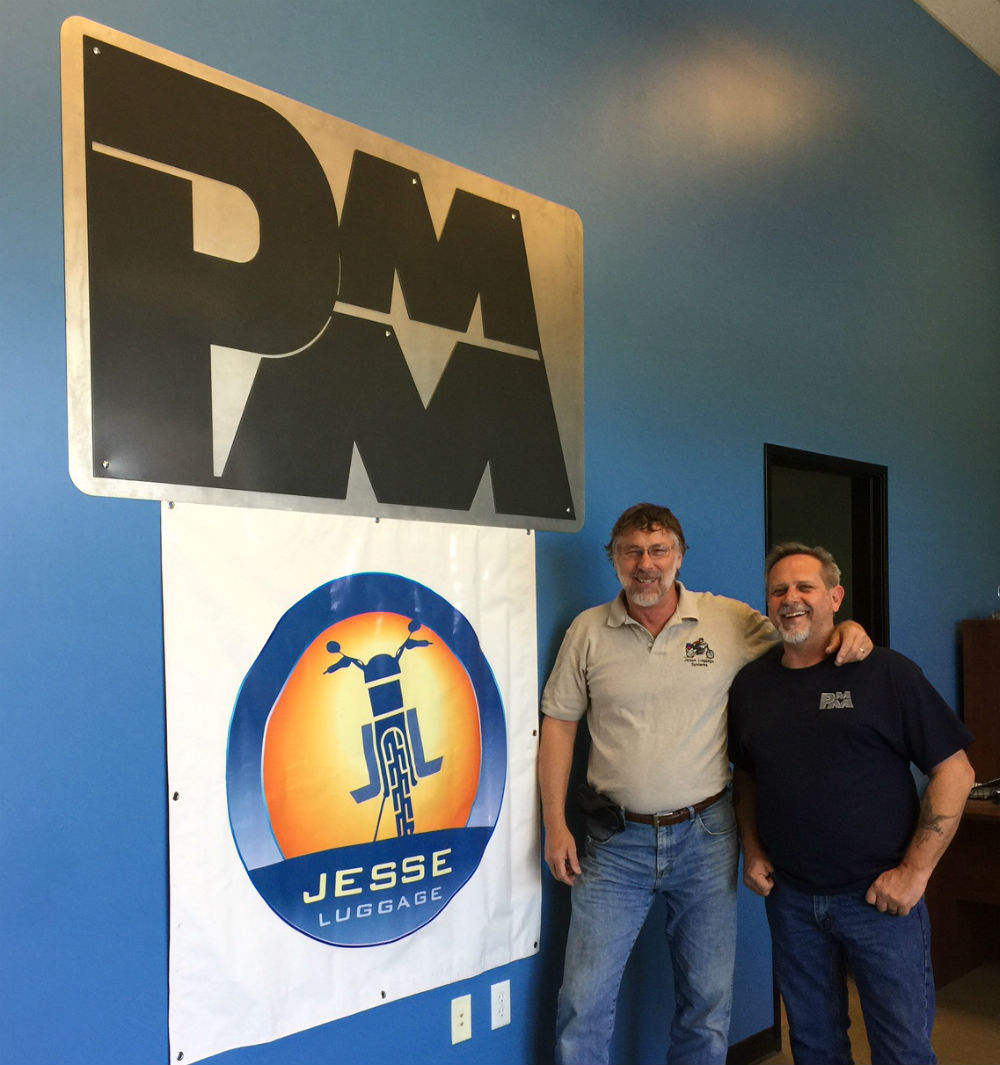 Sean Derivan, of Precision Metal Manufacturing, takes JLS to the next level!

Al will still constantly be on the lookout for ways to tinker with design features, for new products. Al’s vision and insight will still be a part of every piece of luggage sold by JLS.  Sean will perhaps even grow weary of Al’s frequent suggestions, but probably not.  Please join all fans of JLS in wishing Sean Derivan the very best as he takes the mantle from Al.